From the National Weather Service:

A strong low-pressure system is still expected to approach the area today, resulting in the development of widespread thunderstorms this afternoon and evening. Beginning in the late afternoon, the severe weather threat will begin to increase. As stronger storms develop, there will be a potential for large hail, strong wind gusts, heavy downpours, frequent lightning, and tornadoes. The threat for severe storms remains highest across areas along and north of the I-10 corridor. Later this evening, a surface cold front will begin to push through the area and additional storms are expected to develop along the slow-moving boundary. This will create a threat for street flooding, especially in urban areas. Because of this, a Flood Watch is now in effect for portions of our area between 7 PM tonight and 7 AM tomorrow (see map below). Anticipated widespread rainfall totals of 2-4" area-wide with some locations seeing locally higher amounts. The bulk of the heavy rainfall is expected to arrive during the overnight period with conditions gradually improving after sunrise. 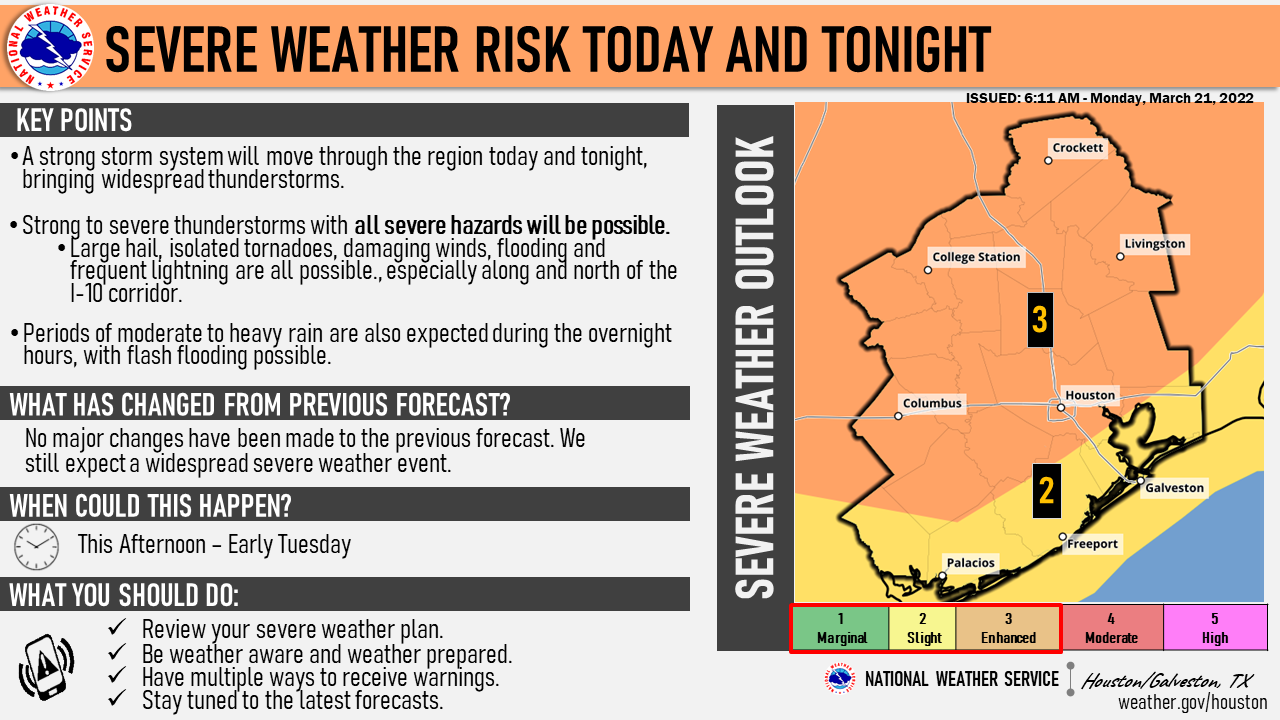 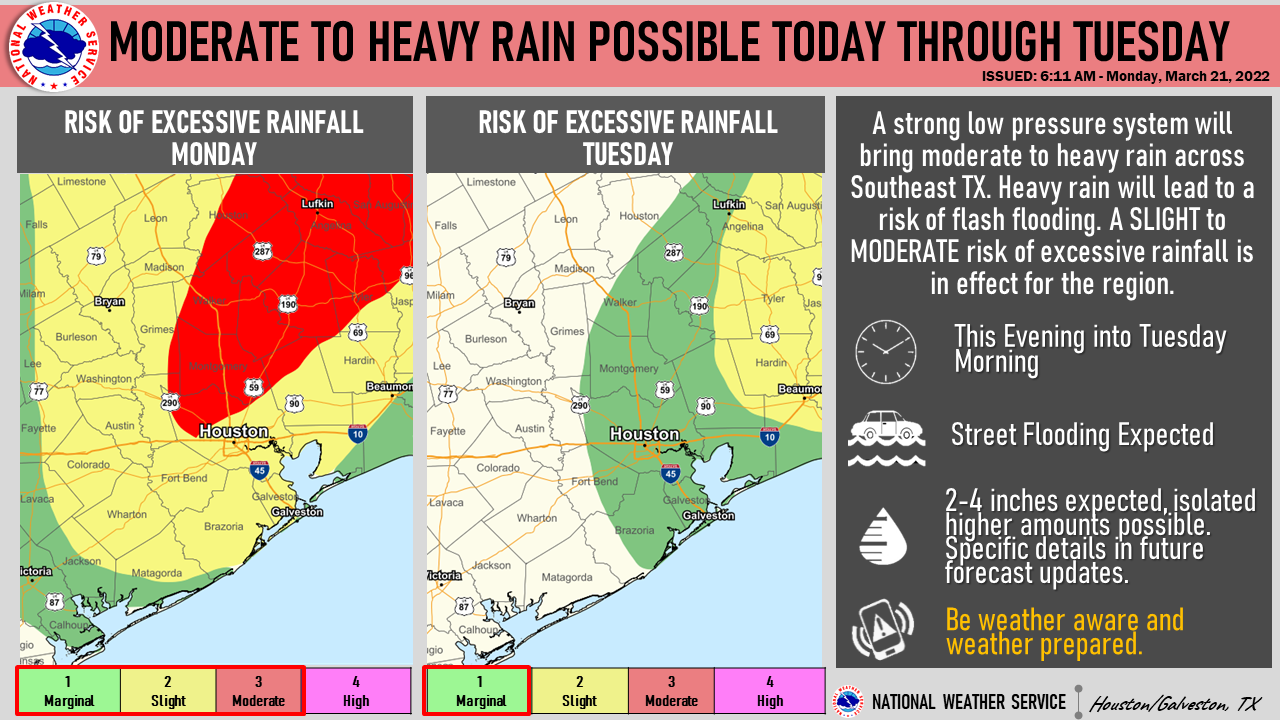